Sailors Grave, also known as Te Karo Bay, is an uninhabited beach north of Tairua, a popular surf and picnic spot, home to the actual site of the Sailors Grave and a coastal walking track. 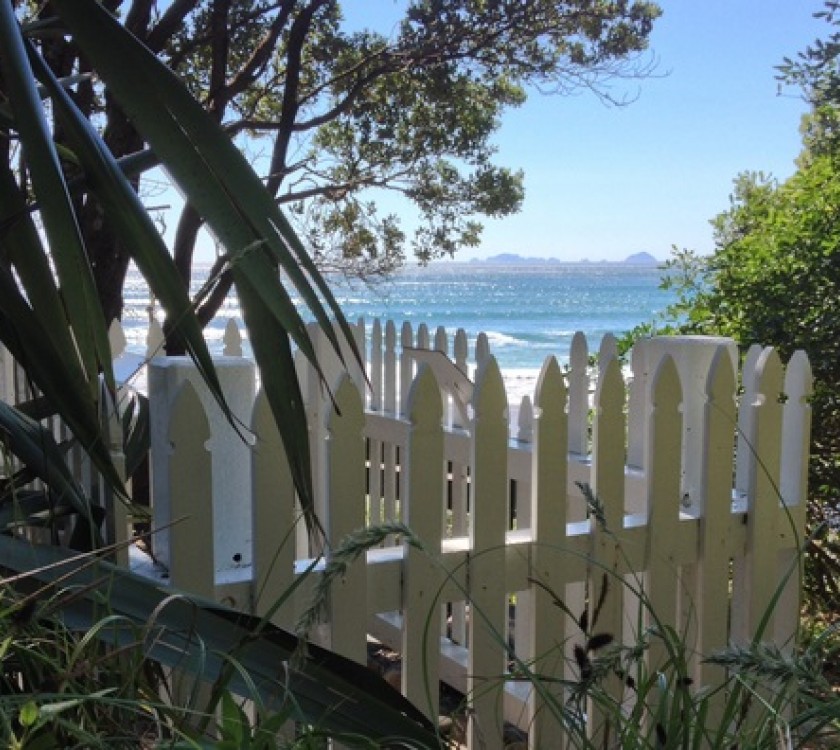 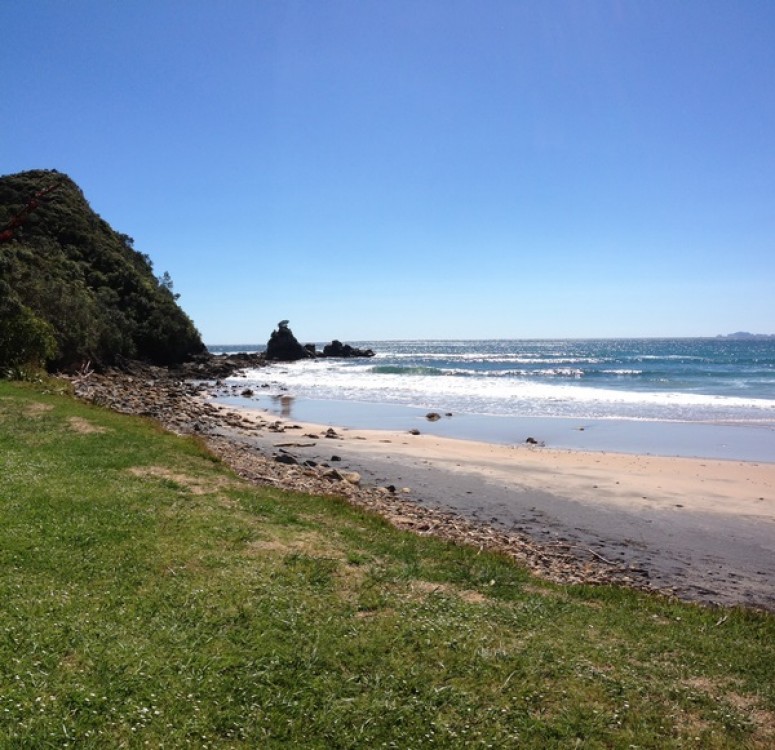 This grave is thought to be the oldest sailor's grave in New Zealand. Surrounded by a white picket fence, the lonely occupies a small part of the historic reserve and is maintained by the N.Z. Navy Sailors, sealers, and whalers were among the first Europeans to frequent New Zealand waters. They played a significant role in early European settlement, the development of trade and industry, and in shaping New Zealand's cultural identity.

Sign on beach pointing the way to the memorial

Deaths among sailors were not uncommon, and burying crew 'at sea' was standard practice. Land graves were rarer and serve as reminders of the hard physical labour and the treacherous conditions sailors endured. In May 1842, 22 year old William Simpson, a sailor on board the British Navy ship HMS Tortoise, was accidentally killed while loading kauri spars onto the ship in Te Karo Bay. According to the original kauri headboard "he drowned in the surf", however, another report states he was crushed between a log and the side of the ship.

Set against the spectacular backdrop of The Coromandel, numerous trees within the adjoining Pohutukawa Grove Recreation Reserve provide shaded picnic areas. A track leads down to the historic reserve and the gorgeous Te Karo Bay which is perfect for swimming and kayaking. The walk is a 20min scenic track which takes you over the headland to Otara Bay.

Directions: A two hour tramping track leads down Lynch Stream to Otara Bay. A one hour loop walk branches off near the start of this track, passing regenerating kauri and providing good views over the forest. Note: This track is closed until further notice due to kauri dieback disease being found in the vicinity. Updated 28th November 2019.

An all tide 20min walk takes you from Otara Bay to Sailors Grave Historic Reserve and Te Karo Bay. You can also reach Sailors Grave by turning off the Tairua highway on to Sailors Grave Road and down to the Pohutukawa Grove Recreation Reserve. A short walking track leads you to the memorial for a sailor from HMS Tortoise who drowned in the surf in 1842.