Build in the early 1900 the wharf was used for shipping the stone off to market. 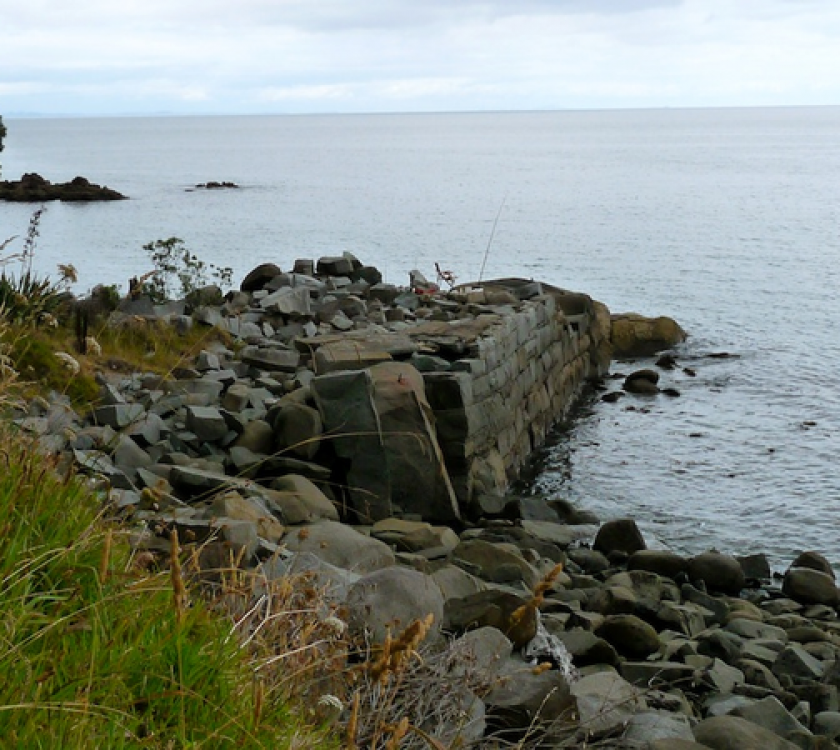 Coromandel granite is not really granite; its a tonalite rock that is well suited for construction and statuary. Its been quarried since the early 1900s and was used to build New Zealands Parliament Buildings, the Auckland Chief Post Office, and the Auckland War Memorial Museum.

Closer to hand you can see it in the Edward VII Coronation Monument and the Soldiers Memorial in Coromandel.

(est. 1918) built these wharves for shipping the stone off to market. Local quarry operations continued until the 1960s, by which time the stone was being trucked out rather than shipped by scow to Auckland.

In the early 1990s the Moehau quarry was reopened to provide stone for the refurbishment of Parliament Buildings in Wellington.