As the only accessible island in the Mercury Islands, Great Mercury Island is a true Pacific adventure playground, with sheltered bays to moor your boat for a picnic and swim, wakeboard and snorkel. 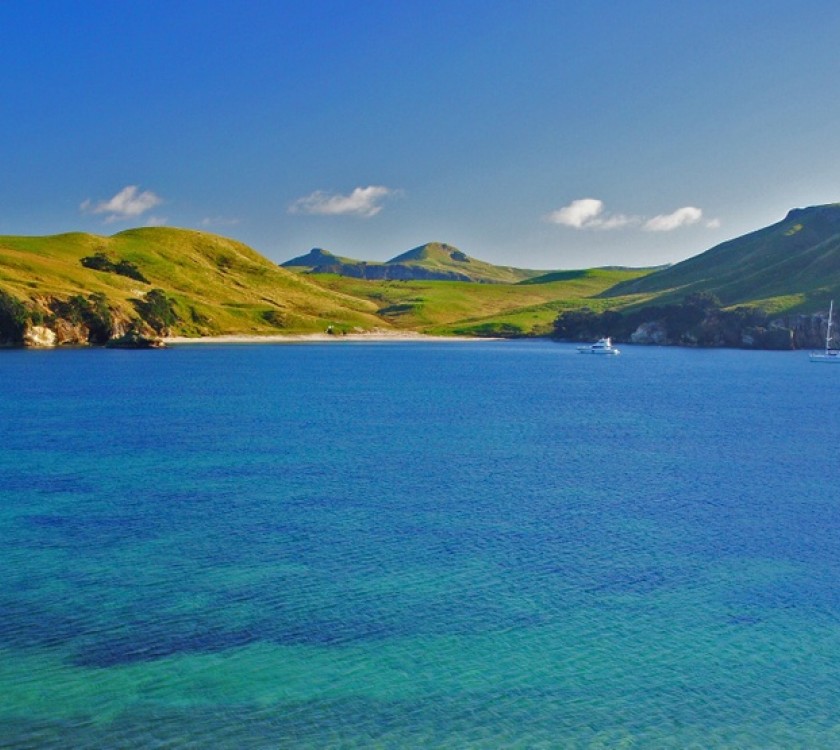 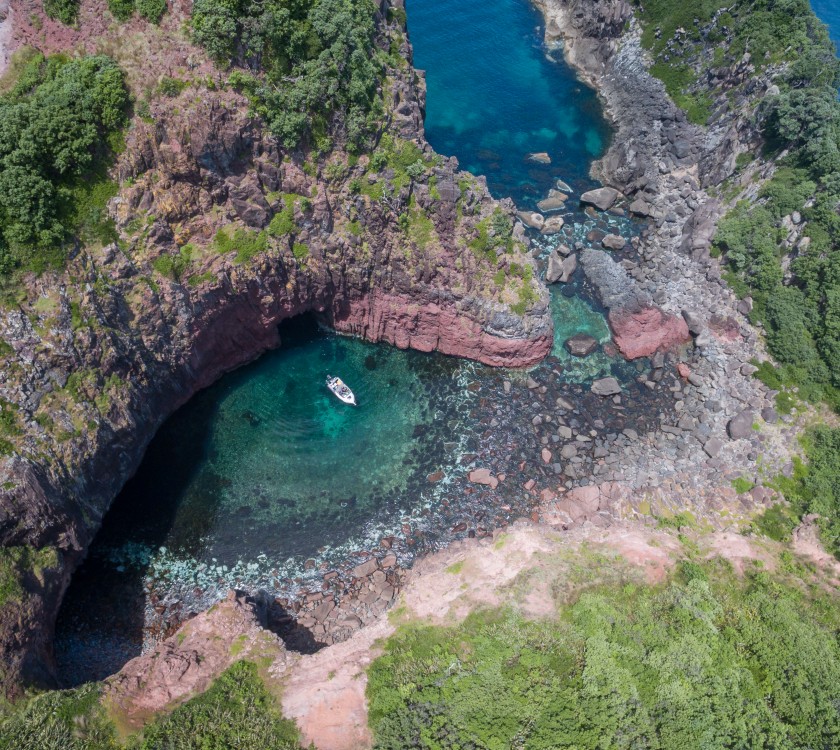 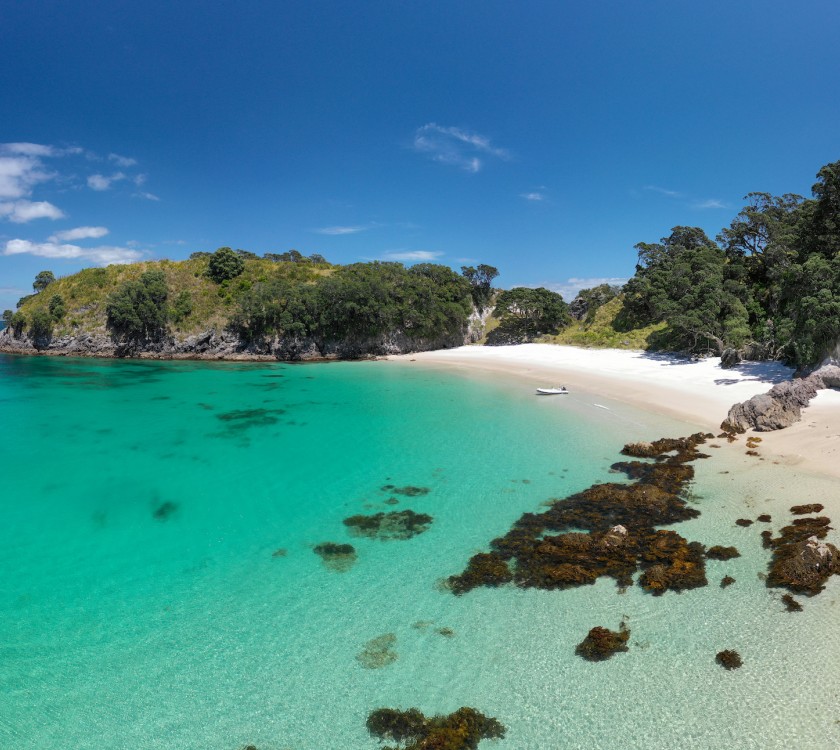 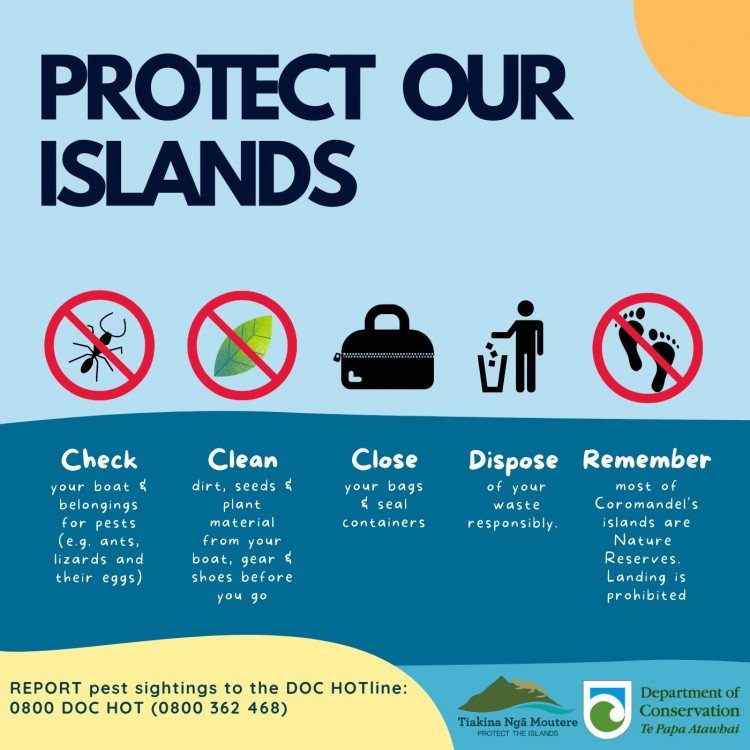 Just over an hour's boat trip from Whitianga wharf, and even closer to Opito and Kuaotunu, Great Mercury Island lies 8km off the north-eastern coast of The Coromandel.

You can access the island by boat and sailing charter from Whitianga wharf, and kayak from Opito.

Legend has it that it was the white cliffs of Great Mercury Island that Māori first saw as they navigated toward Aotearoa.  Certainly as reflective landmarks they would have been important coastal navigation aids for early sea travellers.

The spectacular white sand dunes of Peachgrove Bay are visible from quite a distance out, a beacon for boaties heading for the sheltered waters. Great Mercury is the largest island, privately owned and a pest-free sanctuary. If you leave only footprints and pack out all trace of your visit, the owners allow you to land on any of the magnificent white sand beaches to picnic and relax, water-ski and wakeboard.

The other six islands, Middle, Double, Koropuki, Red Mercury, Stanley and Green are Nature Reserves. So collectively the islands in the group  are an important and protected habitat for many of New Zealand's endangered species. That's why you are not permitted to go ashore here, rather cruise past to appreciate their beauty.  These islands are volcanic and rocky, with no sandy beaches, but the dramatic landforms, rock wall and deep lagoons provide excellent fishing and great dive and snorkel sites

While not officially part of the Mercury Islands, there is a large reef area, rocks and other islands to the south that add to the extraordinary abundance and variety of sea life to be found in this part of the region.