The distinctive rocky profiles can be seen from the east coast of The Coromandel, and the islands are a favourite with divers and fishermen for the amazing wildlife and magical volcanic forms. One of the best open water dive sites in New Zealand. 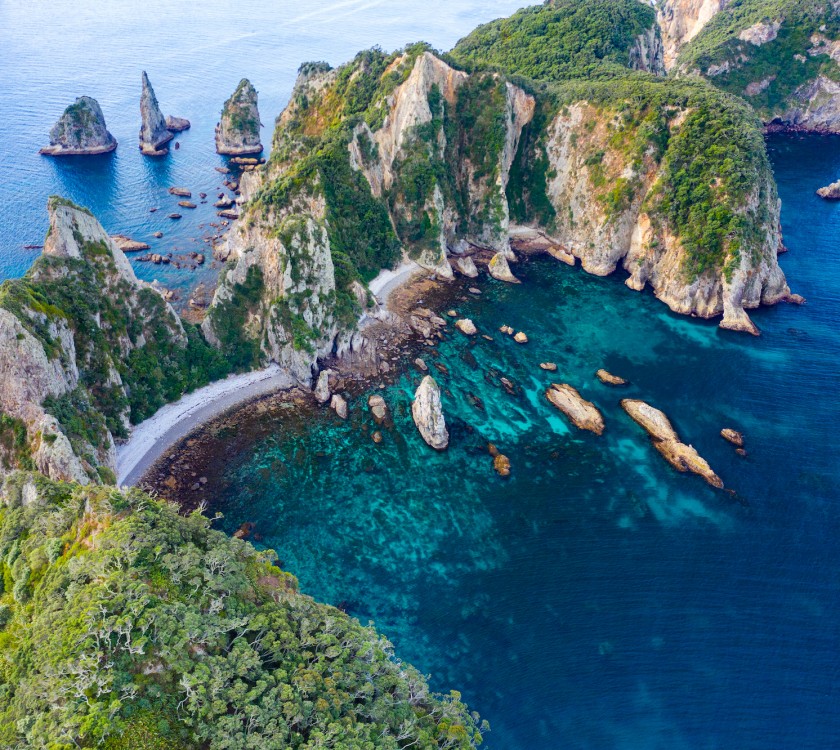 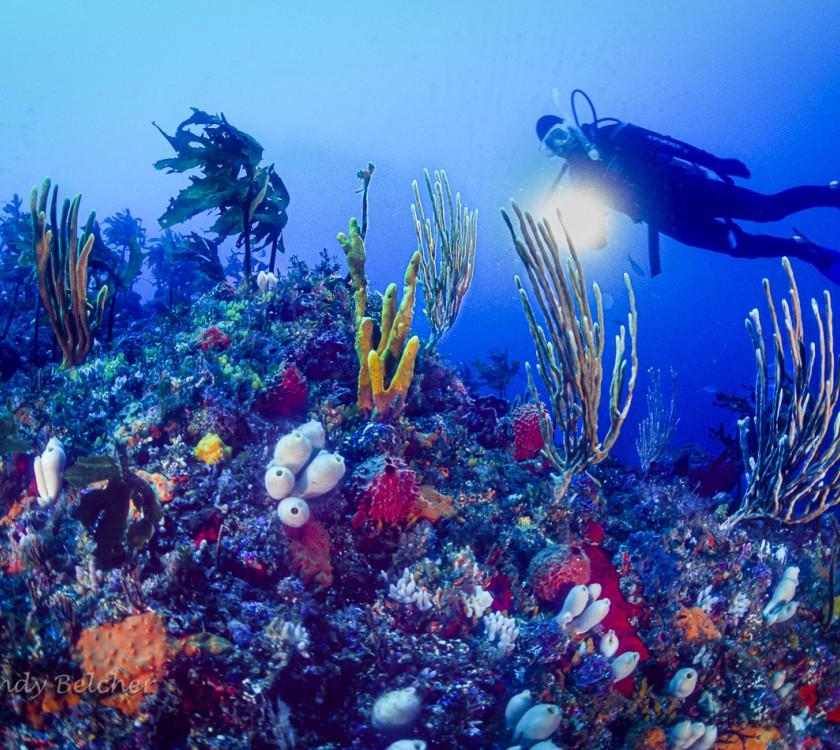 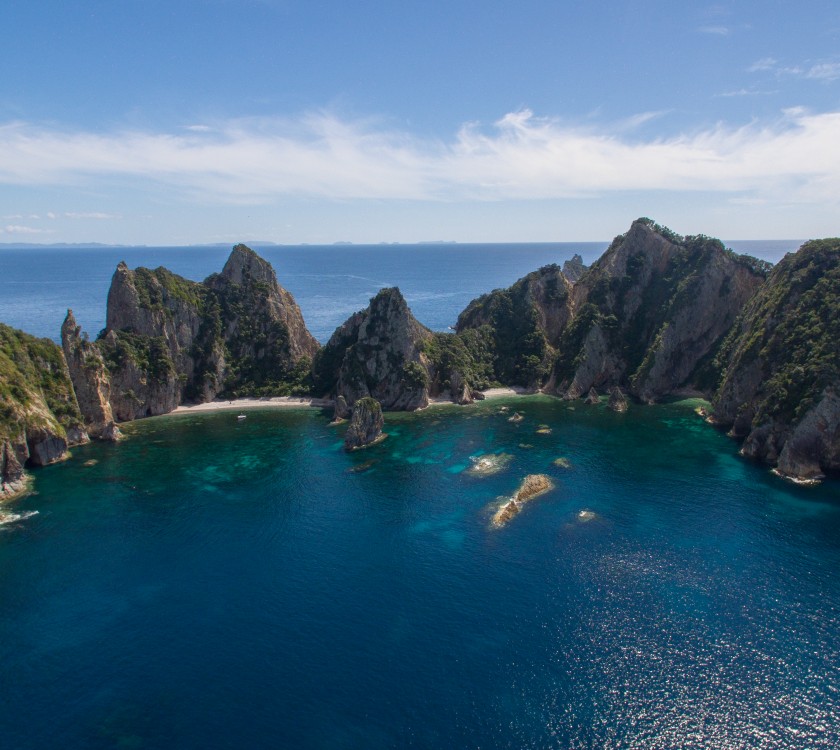 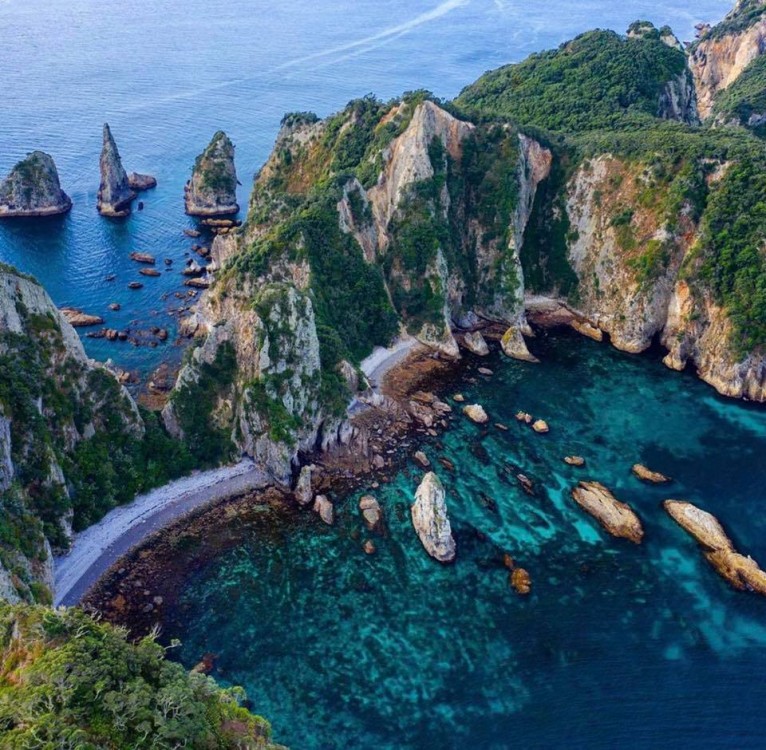 Lying about 20km off the coast of Tairua and Pauanui, the Aldermen are an important nature reserve and wildlife sanctuary made up of four main islands and many uncharted volcanic spires.

The waters are clear, and the steep rocky forms rise up to 200m from the sandy sea bed offering a spectacular "skyscraper" experience to divers navigating the spires. Some visitors describe the feeling of being in "Jurassic Park".

Covered with regenerating forest the islands are rich with wildlife. Bright blue nudibranch cling to the sheer rock faces above the tide line, and the motionless prehistoric forms of tuatara can be seen sunning themselves atop the ridges.

There are charters operating out of Whitianga, Hahei, Tairua, Pauanui and Whangamatā to take you out to experience this strange and wonderful place.  The trip from Tairua takes about an hour.

Often referred to as the vanishing volcanoes, the islands of Hongiora, Ruamahua-iti, The Spire and Ruamahua-nui are evidence of widespread volcanic activity, estimated to be about 8 million years ago.

The islands are uninhabited, as there is little fresh water, especially in summer, but there is evidence of seasonal occupation by Māori, and birds would have provided an important food source. The white cliffs are illuminated by late afternoon sun, and would have been important navigational aids.

Captain Cook named the islands The Court of Aldermen as he sailed by in 1769 and from the sea they are certainly an impressive sight. The islands have been protected since 1933, and in 1969, Māori gifted the islands to the people of Aotearoa New Zealand.

Access to these islands is by permit only, and the surrounding waters are part of the Hauraki Gulf Maritime Park.